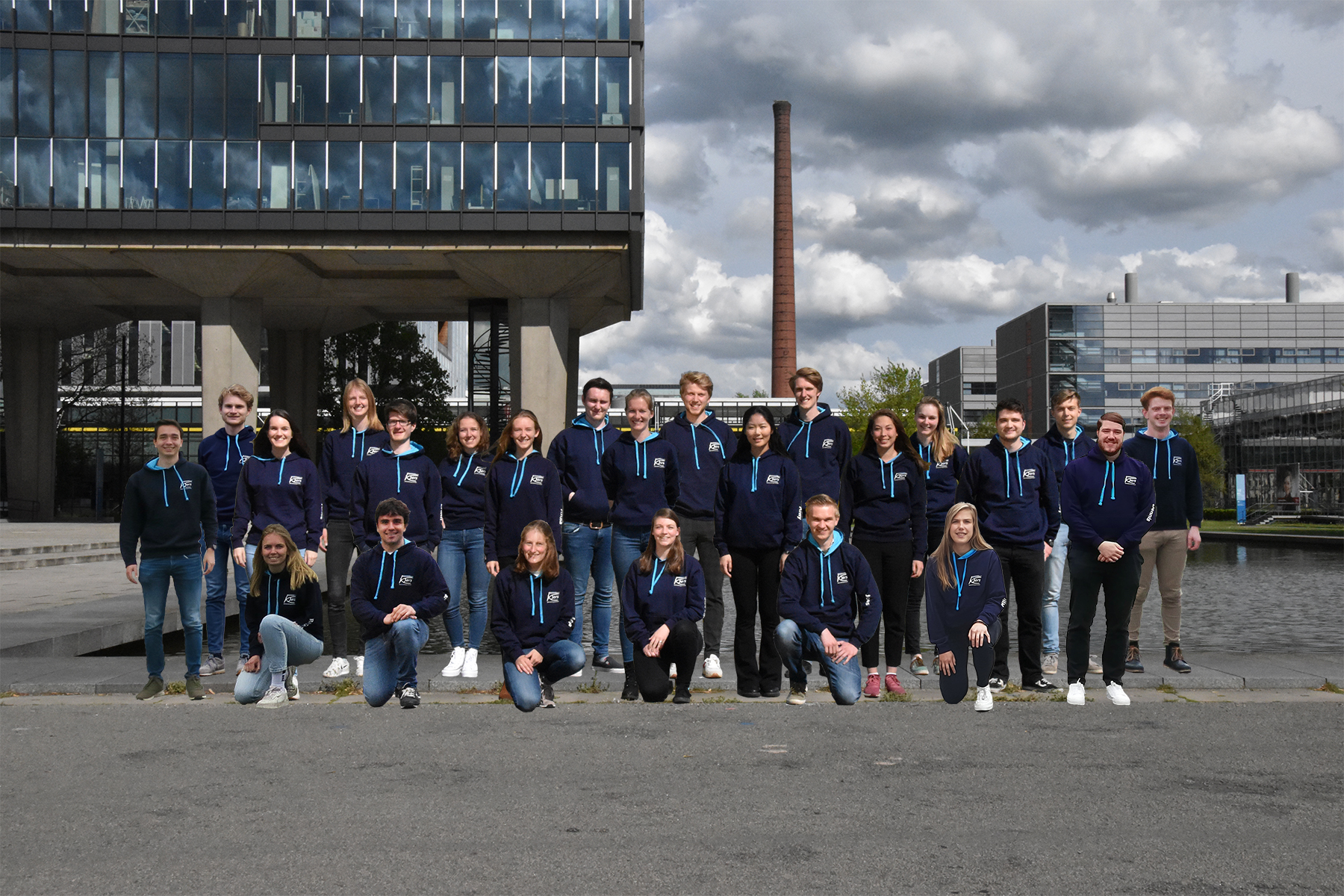 The Beer Crate Bridge Committee started their preparations in summer 2020. The first steps in developing the new bridge were contacting members of the 2016 attempt to learn from their experiences, brainstorming structural concepts, and establishing the general structure of the new committee.

Througout the academic year 2020-2021, the committee grew into what is is today. Now, well over 20 students work in three seperate groups. This allows all aspects of the upcoming record attempt to receive sufficient attention and preparation.

Organizing the world record attempt extends far beyond just building the bridge itself, and includes the entire event surrounding it, as well as making many arrangements. The general committee finds enthuisiastic partners that contribute to the many diffent needs. This allows us to receive all materials needed for realizing the bridge and financial backing for the preparation and event. The event will both include the record attempt itself and a celebration afterwards on the surrounding terrain. This part of the committee makes the required arrangements with the university and all parties involved.

Based on early brainstorm sessions and past experiences, the Structural Design group started developing a unique structural concept for the upcoming world record attempt. Crates were extensively tested for their structural performance in the structural laboratory of the faculty building, allowing for a design with crates applied as optimally as possible. While the design is similar to the previous attempts by KOers, the upcoming bridge differs in subtle but significant ways. With help from PhD candidates and partners, the committee made a detailed structural analysis of the design.

Succesfully constructing a beer crate bridge of this scale relies heavily on a well thought out execution plan. Points of attention range from the terrain itself and the arrival of the huge amount of beer crates, to the order in which the numerous sections of the structure must be constructed and developing temporary support structures that meet all kinds of requirements. This part of the committee minimizes risks by preparing a detailed building procedure for the bridge.